SOSY developed out of a need for more presentation space for sociolinguistic-focused topics. It grew out of a parallel session at the ILLS 2018 conference into an independent event last year. “We wanted to make UIUC a midwestern hub for sociolinguists to come together”, said Sarah Clark, co-creator and Chair of SOSY.

The symposium invited abstracts that focused on various semiotic practices, such as codeswitching, stance-taking, lexical choice, script choice, phonetic variation, and so on. The theme of this year’s symposium was “Rethinking Speech Communities”, a continuation of last year’s symposium theme “Acts of Identity”. “We found that last year’s theme generated a lot of interest in discussions about bilingualism and what it means to define speech communities. We picked on one of the threads of discussion and followed up on that. It is also interesting to look at what’s happening in society and important to offer some kind of rebuttal to some of the negative rhetoric, and in turn celebrate diversity and unbounded language practices,” said Sarah, as she elaborated on how the organizers decided on the theme of the symposium.

The symposium saw an increase of 54% in the number of participants, a great success for an event of its size. The organizers were made up of a committee of about ten graduate students, advised by Professor Bhatt. Planning of the symposium mirrored some aspects of the ILLS conference, a more established conference in Linguistics and largely based on the setup of previous year’s SOSY.

The symposium has reportedly received a lot of support from the sponsors and various constituencies in the university, such as the Center for Advanced Study. The Linguistics department and Chair James Yoon have been also been very supportive of SOSY from its early conception days and the organizers are thankful for their encouragement of this creative endeavor.

Looking forward to next year, Sarah mentioned that the committee has not decided on a theme yet, but several interesting ideas are emerging to the fore such as gender and political discourse. “The setup for next year’s SOSY will be very likely to be the same, but we will keep an eye out for what is going on in the field, what’s happening in the news and society to decide on the theme of discussion”, Sarah shared.

SOSY has proved to be a fruitful platform for graduate students of sociolinguistics to share their work. The organizers hoped the experience of SOSY would inspire other subfields to carve their own presentation space to increase dialogues and collaboration within each subfield in the department.

Videos of the plenaries are viewable below.

Who Counts and Who is Doing the Counting? by Dr. Jenny Davis

Policing Language Loyalty: Ideologies of Gender and Style-Shifting in a Virtual Community of Practice by Dr. Atiqa Hachimi 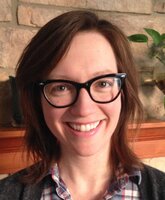 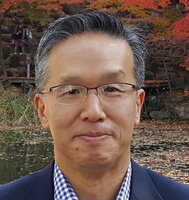